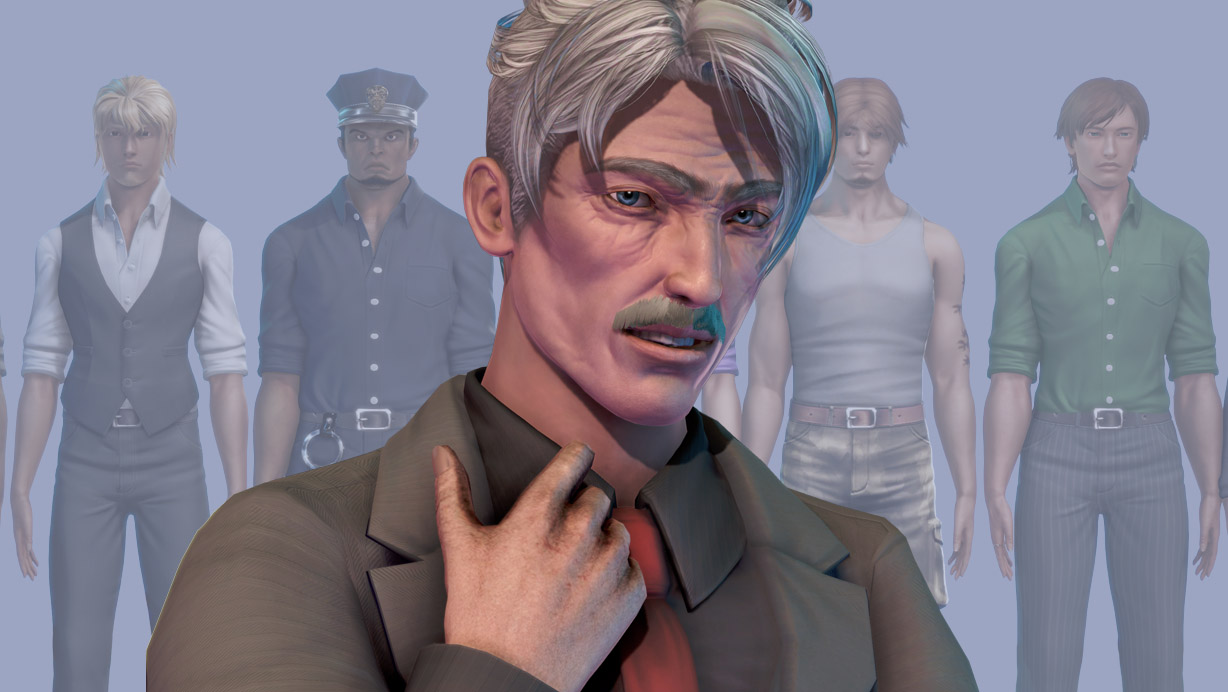 Hey, all! Still alive and still working on interns. Here’s what I’ve been up to:

Looks like my big update from last time made quite a mess of things, so I’ve been fixing the bugs you’ve reported as well as some that were obvious to me. I’m working through some ideas on better schedule management so that the PC’s days off don’t break chain events like working for Reika, the beach party, etc.

On the graphics end of things, I’m doing more mirror renders. Right now, I’d like to try to get all of them to match up, so they’ll all show the hair changes and such. (I’m not tackling the additional off-duty outfits just yet.)

I’m also working on additional male characters, as I was hoping to have faces for more of the random guests the PC can encounter on the island (and, with enough generic characters, I may be able to have more backgrounds with actual people in them…)

Past those, most of my focus has been on writing. I’ve had a lot of requests for story content following the helicopter arrival scene, so I’ve been working through some of my ideas for what I can do with a PC who’s presently immune to all of management’s methods of controlling her (since those aren’t actually implemented).

For character arcs, Holly’s been a guinea pig for me since the story idea I have for her is rather short and she’s typically only encountered in one place, so I’ve been pushing to get through more of that.

I’ve also got a few bits for Reika that I’m working on. Sadly, these will more more of a tease than anything, as I don’t yet have the coded systems to back them up, but hopefully they’ll be fun glimpses of future content.

I’ve been doing this purely for my amusement, but thought it might be more fun to share some of my creations with other like-minded people.

I’m most active on the TFGames.Site discussion thread for Interns. Sign up and join in!

You can also discuss Interns and my other projects on my Discord server.